Did you know your dog doesn't just have to bite someone to be put to sleep? It's worth knowing the law on dog behaviour in the UK to help keep your friend out of trouble. 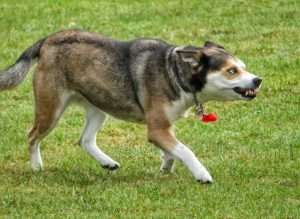 The UK dog law is important to know as it states about which of your dog’s behaviours can get him into trouble.

Did you know that a dog doesn’t just have to bite someone to be put down anymore?

“Dangerously Out of Control” Dog Law

It is an offense to have a dog “dangerously out of control” in a public area or private property (as of 2014).

If your dog is found to be, it could be seized and put down. You could also be facing fines, prison sentences and a ban on keeping dogs unless you can convince the courts otherwise.

So what is classed as dangerously out of control in the dog law, UK?

This is classified as a dog that injures a person, or even, if a person is worried that it will injury them.

This can include barking, jumping up and chasing someone, in other words, the dog doesn’t always have to physically make contact with someone.

The law even goes as far as to say; if a dog attacks someone’s animal or the owner of said animal believes he will be injured if he defends his animal, this could cause involvement of the police and penalties.

All of the above class as “dangerously out of control”. 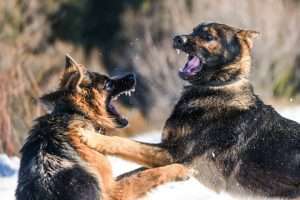 It is important to note that if your dog chases or attacks livestock a farmer has the legal right to kill him on the spot.

(It is illegal to shoot only to maim, as this causes suffering, hence a farmer will only shoot to kill).

My Dog Has Bitten Someone!
Will He Be Put Down?! 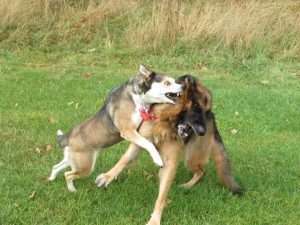 If your dog has bitten some one, this is very serious, but fortunately the law has been slightly amended, as of 2014, so that it is NOT mandatory to put down dogs that have had complaints but are still deemed safe.

Often the dog will be taken away and his general behaviour assessed, before anything is decided. He will also be DNA tested to see if he contains a banned breed.

Hospitals have a legal obligation to inform the police of any dog bites that they encounter. This will lead to the police visiting the dog in question and possibly seizing him.

This isn’t just limited to hospitals however, services that come into your home (if they are run by the council) must also notify of any dog bites they receive from working on your home. If you think your dog will bite a guest put them in other room or have them muzzled and on a lead.

Don’t forget about the postmen! Dogs can bite postmen through the letterbox as they’re delivering and can run out when you’re signing something too.

Almost 80% of dog attacks happen around the front door!

Even if the police don’t take action Royal Mail undertake their own, private prosecutions if adequate steps haven’t been taken.

However, there is a fairer justice system for dogs, such as, if another person was at fault you may get a more lenient outcome.
Often muzzling a dog in public places rather than putting him down will be enough to satisfy the courts.

In general, muzzling aggressive dogs goes a long way to protecting him.
Although there is a lot of stigma around muzzles, it is a far better outcome for a reactive dog than to be put to sleep. 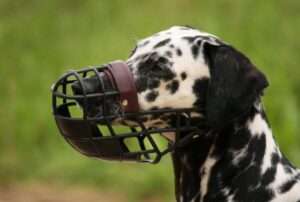 If you are worried that your dog has behavioural problems, we can help.

It is well worth knowing the law on dog behaviour so you can be extra cautious and help to protect your best friend, even if it’s from himself!

And remember, always practice working with your dog so that he can listen, is happy and not getting himself into any trouble.

How Long Do Toy Poodles Live?

Are you or your dog stressed?

What is puppy socialization?

Is Rough Play Good for Dogs?

We yet again find ourselves seeing harrowing stories across social media surrounding...

What’s In Your Dog’s Bowl?

Lots of times new year resolutions bring plans of dieting, but have you considered...

The Ultimate Guide to Doodles

Episode 323: The One Thing That Got This Pet Sitting Business...

Are you tired of feeling overwhelmed and struggling to manage your business alone?...

A new vaccine based immunotherapy is helping some dogs attain long-term cancer remissions.