Introduction   India is known as an Incredible country which various astonishing features. Though with time and the post-colonial era various treasures came almost to extinction. One of them is considered to be the Jonangi dog breed. Once in sizeable numbers throughout the southern region is now in rare availability all over India.   Jonangi dog breeds... The post Jonangi Indian Dog Breed – The Complete Guide appeared first on Petofy.

India is known as an Incredible country which various astonishing features. Though with time and the post-colonial era various treasures came almost to extinction. One of them is considered to be the Jonangi dog breed. Once in sizeable numbers throughout the southern region is now in rare availability all over India.

Jonangi dog breeds are indigenous to Andhra Pradesh’s Kolleru region, where they were once widely distributed west of the state’s Godavari and Krishna districts, close by to the Kolleru Lake. In the primitive era, Jonangi served as watchdogs and part of the herding community. The Jonangi is an ancient breed that resembles the bull terrier in certain ways.

The Jonangi is a traditional Indian grazing dog that is known to be still employed for its original function in rural areas. The name of this breed goes back to a primitive tribe situated in Andhra Pradesh. The Jonangi people.

Although the Jonangi’s precise ancestry is uncertain, the breed is estimated to be several hundred years old. The Rajapalayam, another Indian hunting breed, is thought by some to be an ancestor of the Jonangi. Others think the breed is a cross between the Rajapalayam and Rampur hounds. Whatever its precise ancestry, the Jonangi is a breed that is exclusively Indian and well-adapted to endure the country’s harsh climate.

Jonangi is one owner-oriented pet. They have either one pet parent or one family. Innocent and agile, Jonangi isn’t considered smart or intelligent like a German Shepherd or lab. It’s important to note that Jonangi originated being a dog for the herding community and enjoys brisk running and playing around the fields. For the same, apartment life is not highly suitable for them due to the area constrain.

It is important to note all these factors whenever planning to bring a new pet into your house. Nonetheless, love for an innocent being cannot prevent us from welcoming them into our lives. And if you’re one of those pet parents who reside in the apartments make sure to take yours for fulfilling a daily quota of activities. Take them out for playing sports or running.

Jonangi is a very athletic breed with a height of 18-22 inches in both male and female dogs. Weight of 25-39 kilograms in males; 20-29 kilograms in females.

The life expectancy of the Jonangi breed is 10-14 years. The idea of adopting or purchasing a dog breed with a longer lifespan may occur to you after hearing about the average lifespan of dogs. The diet and attention a dog receives have a big impact on how long they live. However, genetics do have a significant impact.

The Jonangi dog breed is an individual or family-based dog. With its lengthy strides and agility, it can travel great distances. The majority of Jonangi’s make wonderful working partners, guarding sizable fields and homes. They have been observed living peacefully alongside farm animals like chickens, goats, sheep, and cattle. Jonangi enjoys digging deep and making soil pits spending hours in them.

When raised with positive training and given the right socialization as puppies, Jonangi matured into a self-assured adult. They make great family friends and get along nicely with kids.

The price range of the Jonangi Dog breed is Rs 3000 – Rs 10000. You might find a huge variation in the price range because of the breeder. This breed is limited in number and not widely known by the general public or Indian dog kennels.

How to Feed & Care Jonangi Dog

Jonangi can survive on a diet of meat and vegetables provided three times daily. However, you will need to adjust the amount based on their age and level of activity. This breed has the ability to survive, for a very long time Jonangi’s have fought on their own all the harsh nature’s perils. Once herding was discontinued it became tough for Jonangi’s dog breed, and the people of the herding community left the herding as their daily practice.

The Jonangi requires very minimal care because they are a short-haired breed. Being a breed that likes cleanliness, they merely require weekly brushing and nail trimming to maintain their good looks. They won’t require too many baths too; once a month should be sufficient.

Jonangi breed can easily adapt to any region of the country because they were developed in the tropical environment of India. They are already a strong breed in terms of health, having strengthened their defenses against practically all canine-related illnesses over the course of years of cross-breeding.

Because of these factors, your pet Jonangi won’t need to see the doctor as frequently. To keep them warm throughout the winter, you will need to provide doggy jackets and boots because this breed is better suited to a warmer climate.

One of the easiest dog breeds to train, though Jonangi aren’t considered smart yet it’s very easy to train them. The biggest error you might make is to estimate a Jonangi’s endurance based solely on its size. Although neither particularly huge nor petite, this breed is very agile and has little balls of fire.

In order to properly care for the Jonangi dog breed, you must match their energy level, walk them twice daily (once they are adults), and allow them to play on your property. In order to release all that tension, if they are not sufficiently engaged, they may begin compulsively digging holes in your yard.

The Jonangi isn’t the smartest breed out there when it comes to training. They are loyal to a fault though, and they do have sharp instincts.

Some Health Issues With Jonangi Dog

This breed of dog is hardy and accustomed to surviving in challenging conditions. Although he won’t have many inherited diseases, it still pays to be aware of some of the more widespread canine ailments that he might contract.

Dogs frequently develop ear infections, which can be brought on by ear mites, germs in the ear canal, and allergies. Your Jonangi may be swaying or tilting his head, continuously scratching his ear, unsteadiness, or possibly emitting a foul stench from his discharged ear. As soon as you suspect he has an ear infection, take him to the veterinarian.

This lower urinary system issue in dogs might be completely incapacitating for your dog. There are numerous issues that might make your pet experience this issue and result in illnesses like incontinence.

Urinary tract issues are more common in older dogs and those who have diabetes. Your dog will struggle to urinate and may even yell in pain. There could be dribbling pee as well as highly hazy or even blood-filled urine. Other symptoms may include nausea, fatigue, back discomfort, weight loss, and changes in appetite. For immediate medical attention, consult your veterinarian. A medical emergency has occurred.

In many dogs, this is a frequent health problem, but Jonangi dogs are more prone to it. Hip dysplasia is a disorder that deteriorates the hip joint. This may result in discomfort, limping, and ultimately arthritis.

Any dog’s joints can sustain a lot of stress, which might result in injuries. Your dog may appear to be acting differently and having trouble with routine tasks. He might even be limping. Your veterinarian will look at things like food and weight management in an effort to avoid surgery. Additionally, there are drugs, anti-inflammatories, and painkillers.

Jonangi dogs are also prone to eye conditions including glaucoma and cataracts. Make sure to routinely have your dog’s eyes examined by a veterinarian. You can get a consultation for your Jonangi through our Vet on Call service.

Jonangi enjoys knowing the roots! Yes, you read it right – this breed passionately enjoys digging soil and spending their time in the dug pits.

The Jonangi breed is very diverse as a result of cross-breeding with other canines. With biscuits and chocolate in between, colors might range from fawn to black and white. They can vary greatly even within the same litter, perhaps being spotty or piebald.

Kolleru’s diligent breeders are working hard to save the nearly extinct breed. The Jonangi dog breed deserves to become more well-known due to its kindness and suitability as a family pet, but that doesn’t seem likely at the time. It’s a tough journey and a long one.

They appear to be developing new guard dog roles, which might prevent the extinction of the breed. That might also be helpful because they make good pets.

It is hard to find conclusive data on Jonangi’s health. However, they seem to be a healthful breed with minimal inherited illnesses.

Q. Where is Jonangi commonly found?

Jonangi is found in the southern region of India from Andhra Pradesh, Tamil Nadu, Karnataka, and Maharashtra.

With a very minimum hair coat, Jonangi does not shed at all. This breed is very convenient to keep as a pet.

Swift and agile, Jonangi enjoys running sessions and is quite obsessive about digging pit holes. Apartment life is not suitable

In order to survive, the Jonangi dog breed developed its special fishing techniques, which are now seen as a pest by the local fish farmers.

The Importance of a Aboard Meeting Plan

Out of the chaos comes life…

Valentines Special: How To Plan An Awesome Doggie Day

Celebrate Valentine's Day with your furry friend by taking them on an awesome doggie... 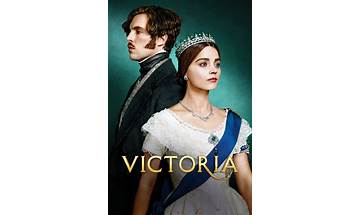 Behaviour sequences are pretty powerful things when it comes to dog training and...