Winter hummingbirds in the PNW

The Anna’s Hummingbird stays throughout the winter visiting the Pacific states  I was shocked to look up from my laptop and see a male Anna’s Hummingbird at our Fushia basket in the middle of December, right before the snow returned to the Pacific Northwest. I immediately researched the migration pattern of this hummingbird to make […] The post Winter hummingbirds in the PNW appeared first on Wag and Cluck. 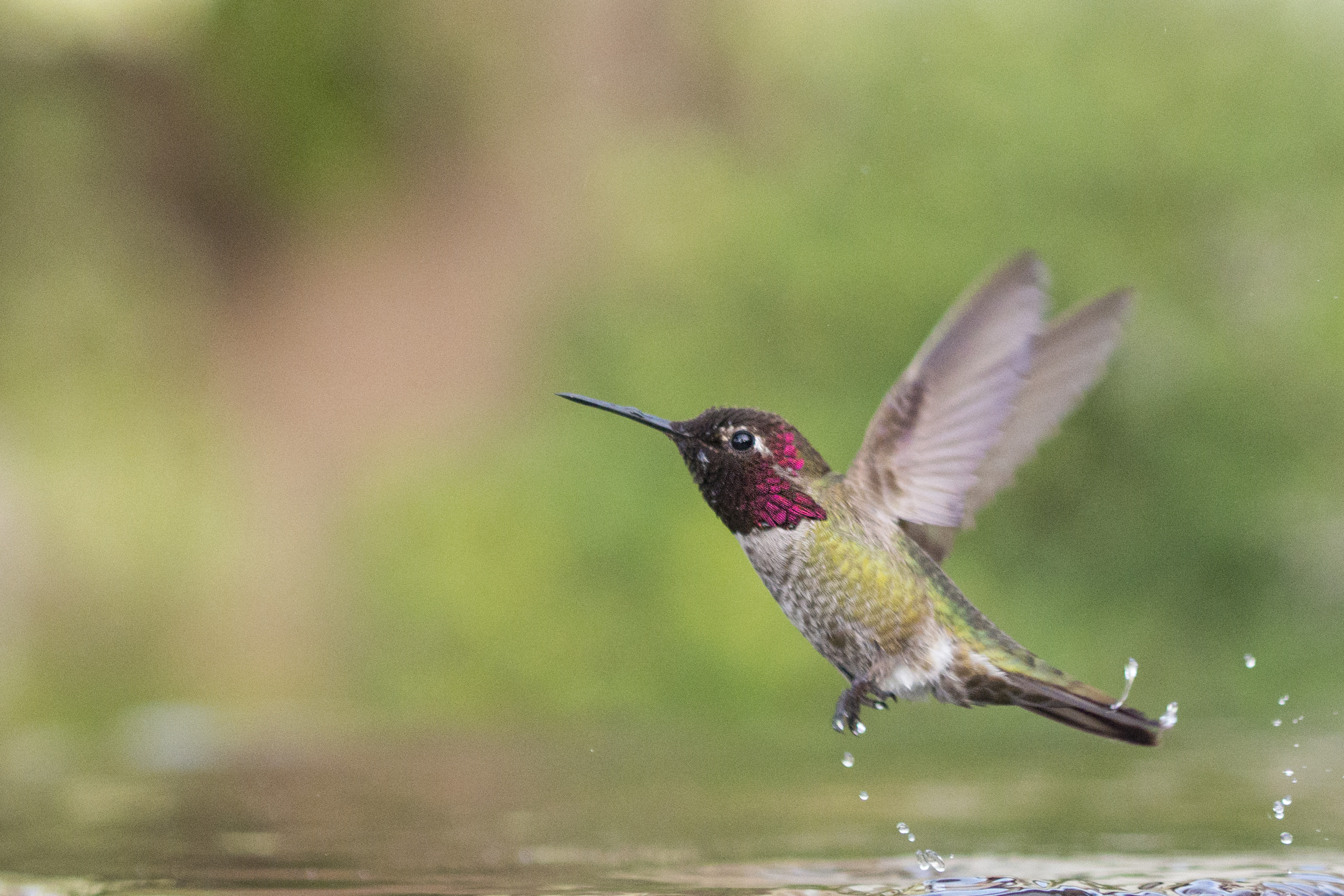 I was shocked to look up from my laptop and see a male Anna’s Hummingbird at our Fushia basket in the middle of December, right before the snow returned to the Pacific Northwest. I immediately researched the migration pattern of this hummingbird to make sure I didn’t see (or hear) a ghost.

Anna’s Hummingbirds are seen, heard, or photographed in the Christmas Bird Count circles for the region every year. Many in the community frequently report this tiny bird throughout the winter season and in some icy conditions. The Spokesman reported that thirty-four Anna’s hummingbirds were reported in the Dec. 18 Special Solstice bird count in Chelan and Douglas counties.

This bird is Vancouver, Canada’s state bird, and the habitat for this unique creature is from Alaska to Tierra del Fuego. This bird stays put and adapts to our Northwest winters.

What IS Anna’s Humingbird?

Anna’s hummingbirds are a heavy-bodied hummingbird, and appear chunky when perched.

The males have a gorgeous, and colorful gorget (a patch of color on the throat of a hummingbird or any bird) as well as a vibrant crown. The song of the Anna’s is among the best known of all hummingbird songs. The male Anna’s Hummingbird is one of the singing species and you may hear them at all times of year. Calls from both the female and male include high notes and an abrupt chase call.

What about specific behaviors?

How did the Anna’s get their name?

The name honors Anna Massena, Duchess of Rivoli and a patron of the sciences.

How do hummingbirds survive our cold and rainy winters?

Hummingbirds need a very high body temperature of between 104 and108 to survive. These birds adapt to winter by going into ‘torpor’, a sleep-like state where they slow down their metabolic rate. According to Birdnote.org, “Most hummingbirds retreat south in autumn, but Anna’s Hummingbirds are found in northern latitudes throughout the year. Since 1960, they’ve moved their year-round limit north from California to British Columbia.” Birdnote continues to add that these tiny birds survive the northern cold by suspending their high rate of metabolism by entering a state of torpor which is a sort of nightly hibernation, where heart rate and body temperature are reduced to a bare minimum.

If you live in a residential area, near a park, farmland, foothills, or coastal lowland, you will have many opportunities to see these hummingbirds during the winter season.

What flowers and plants should gardeners plant to attract Anna’s?

Eating every 10-15 minutes, they can visit up to 2,000 flowers a day. According to the National Audubon Society, “About 8,000 plants in North and South America depend on hummingbirds’ pollination services.”

Anna’s Hummingbirds take nectar at a variety of flowers including:

In addition, the OSU Extension Service tells us that hummingbirds generally prefer these kinds of flowers:

Anna’s are the most abundant hummingbird in the Pacific states. This is the only hummingbird that remains in the Northwest year-round and I consider myself lucky to have such a unique visitor spend time on my front porch while our hanging fushia basket is still thriving in late December.

The post Winter hummingbirds in the PNW appeared first on Wag and Cluck.

Chicken Keepers: Visualize Your Garden and Make it a Reality

Exciting News about Sleeping between Giants!

Why All Dog Owners Need Access To A Doggy Daycare

she seems to like it and, in fact, become quite evangelical about recommending it...

What are the signs your dog loves you?

Love is one of those strange things that you recognise when you see it but can’t...

Is there dead dog meat in my dog’s food? YES THERE IS!!!

Is there dead dog meat in my dog’s food?  YES THERE IS!!! Did you know that these...

How Long Do Toy Poodles Live?

If you are looking for a new dog and the toy poodle has caught your eye with its...